“A great challenge of our time is that millions, mostly children in the poorest countries, die each year unnecessarily from illnesses that can be prevented or treated.

With a breadth of expertise and a culture that values collaboration both within the institution and around the world, the University of Michigan is uniquely suited to address this challenge. We hope that our gift will catalyze new partnerships and actions to make meaningful contributions toward correcting unacceptable inequities.” 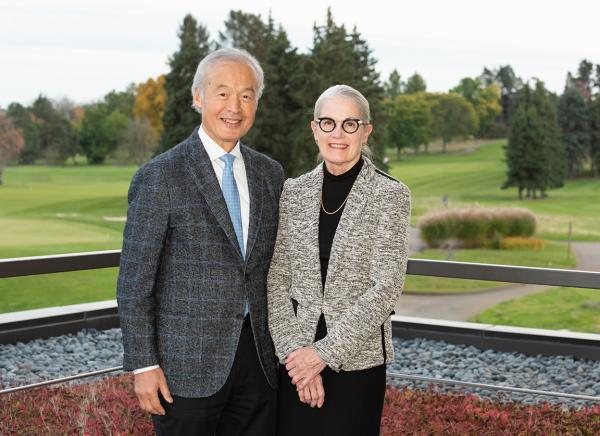 The Yamadas trace their roots in the University of Michigan community to 1983, when Dr. Yamada arrived as the Medical School’s new chief of gastroenterology. In 1990, he was named chair of the department of Internal Medicine.

Departing the university in 1996, Dr. Yamada assumed leadership roles in the pharmaceutical industry, serving as chairman of research for GlaxoSmithKline and chief medical and scientific officer at Takeda Pharmaceuticals. He spent five years leading the global health program for the Bill & Melinda Gates Foundation before becoming a venture partner with Frazier Healthcare Partners in Seattle Washington, where he served until his passing in 2021.

Leslie Yamada graduated from the American School in Japan and earned a BA in Religious Studies from New York University. Following graduation from NYU, she embarked on a career in social service. She has a deep passion and commitment to the arts and to supporting her community. Leslie currently serves on the Board of the Pacific Northwest Ballet and is involved with the Recovery Café and the Washington Women’s Foundation.

Not content with the status quo, the late Tachi Yamada and Leslie Yamada have devoted their personal and professional lives to supporting thoughtfully disruptive ideas that lead to tangible results. The Center for Global Health Equity that they helped create is a continuation of these ideals. A longtime leader in global health, Dr. Yamada observed that faculty within academia are seldom incentivized to partner across disciplinary boundaries. Traditional benchmarks of academic success—publications, grants secured—are often detached from people’s daily lives, particularly in low-income countries where the health challenges are complex and demand multidisciplinary solutions. The Center is intended to bring our faculty's collective expertise to bear on new projects that are truly impactful on the health of those with the greatest need, anywhere in the world.

Read more about Tachi Yamada in Committed to Changing the World: The Global Legacy of Tachi Yamada. 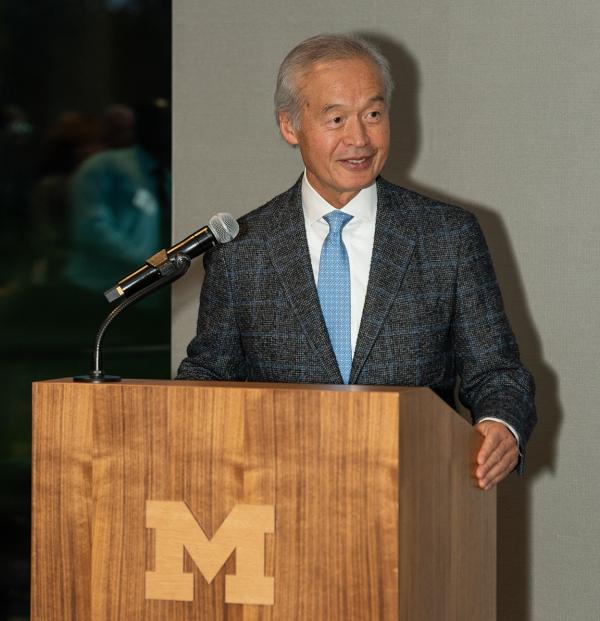 ©2022 The Regents of the University of Michigan Produced by Michigan Creative, a unit of the Office of the Vice President for Communications